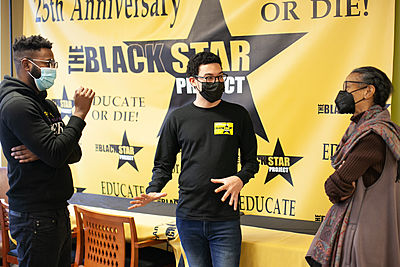 In his third year of graduate school at the University of Chicago, Justin Douglas had an idea for a way to connect his fellow Black UChicago graduate students with youth from local high schools.

“I thought back about my educational experiences through high school, college, grad school, and what really stood out to me was just how influential mentors had been in my life. Every step of the way, when I was thinking about what I wanted to do with my life, where I wanted to go, it was really mentors that opened doors for me and gave me the motivation and encouragement and affirmation to really take that next step,” Douglas, who earned his dual Master’s in social work and public policy last spring at the Crown Family School of Social Work, Policy, and Practice and the Harris School of Public Policy, said. “I figured if we could create a program that connected students who are just at the beginning of that journey with mentors who could support them at that crucial time, then we could really make a positive impact.”

This winter Douglas will lead his second quarter of the Phillip Jackson Youth Mentorship Program after officially launching it in October in partnership with the University’s Civic Knowledge Project (CKP), the Black Grad Coalition he founded during his time as a student, and local nonprofit The Black Star Project. Douglas started the program—which was named in honor of Black Star’s late founder Phillip Jackson—with funding and support from CKP and Black Star, five graduate student mentors from the Black Grad Coalition, and 15 high school students from the city’s south and west sides. Now a full-time program manager with Black Star, Douglas recruited the program’s younger participants through Black Star’s network of local schools and affiliated students.

The program, which met weekly throughout the fall, was a natural fit for Black Star’s portfolio of youth development and economic empowerment programs, Black Star Executive Director Gloria Smith says. Largely virtual sessions have so far consisted of speakers presenting on civic engagement-related topics and breakout sessions where mentors talk with their mentees in small groups about what they’ve learned and how they might apply that knowledge to their lives. Speakers have included representatives from the National Society of Black Engineers, graduate students who spoke about using art for social advocacy work, a community development expert, and other business, nonprofit, and civic leaders.

Ava Williams’ 14-year-old triplets Brandon, Aaron, and Christopher have been participating in Black Star’s programs since they were eight, but Williams says the new mentoring seems to be particularly resonant. She’s noticed her boys, who attend Providence St. Mel high school, advocating for not only themselves and each other more, but for other people, and she attributes that to what they’ve been learning about in the program.

“Justin’s energy seems to be contagious. His name is a household name within my household,” Williams, who lives in Lawndale, says. “[For my sons] to see someone who’s a lot younger than who they usually see leading a program? I think it makes a big difference. To see someone who looks like them? They can be like that person. They can do those things.”

For the program’s graduate student mentors, like second-year public policy student Christian Navarro, the experience has been fulfilling in a different way.

“This is my first time being a mentor in this capacity, it’s been a time of self-reflection because when I speak with the mentees, I see myself in them,” Navarro says. “It’s very exciting just knowing that they’re progressing, and I can help them and just council them through the process of high school and everything that comes along with it.”

“We had such a positive experience with Bart,” Douglas said. “It was such an intriguing and useful tour, especially as a student understanding the positionality of the University and also the work of community leaders and advocates on the South Side. We were so impressed by it that it really stuck with us.” Incorporating similar experiences into the mentorship program, he says, is meant to give mentees “a really solid education and knowledge of the work that’s being done in their community and a greater sense of purpose and value in themselves to be able to have a positive impact on their community.”

Douglas hopes to continue to grow the program in the coming years and has already expanded it to include fourth year undergraduate mentors and recent alumni. Smith says she’s looking forward to scaling Douglas’ work as well and building on the meaningful partnership they’ve established with CKP and the Black Grad Coalition since Douglas, a Los Angeles area native, first started supporting the organization’s programs while he was a UChicago student.

“This is a wonderful opportunity for both mentors and mentees—they can really learn from each other,” Smith says.

Engaging with University programs like UCSC and CKP and community partners like Black Star, Douglas says, has allowed him to grapple with the University’s complicated history with its neighbors and strive to contribute to and advocate for the local community. Those experiences laid the foundation for the Phillip Jackson Youth Mentorship program, he says.

“The work being done at the Community Service Center and the Civic Knowledge Project is actively seeking to kind of take the University’s historically inward-facing approach and turn it outward and saying how can we listen to community members? How can we engage the community? How can we be a support? How can we use our resources to support the work that’s being done by the surrounding community?” Douglas says. “Every UChicago student has to choose how they’re going to sit with that reality and what they’re going to do about it, and I think getting involved with civic engagement is a really good place to start.” 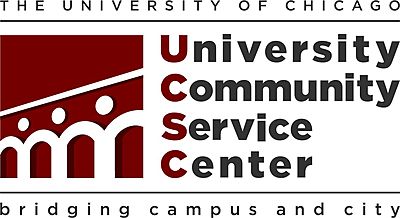 Congratulations to Our 2022 UCSC Award Winners!

The UCSC is proud to introduce five outstanding students from across the University who are demonstrating a high level of engagement in community and civic life and achieving incredible things in o... 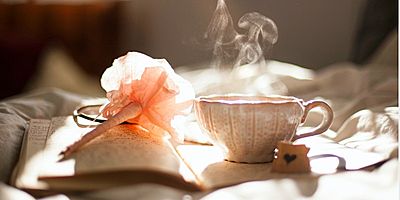 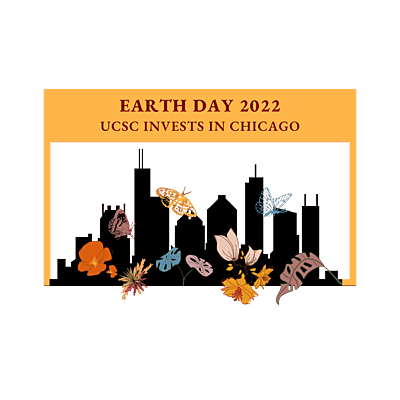 In honor of Earth Day, UCSC will host a two-day event to advance environmental justice. First, on Earth Day itself (Friday, April 22nd), we’re excited to convene a panel conversation about pathways...