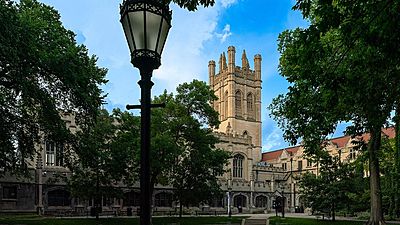 When the Russian army invaded Ukraine in late February, a humanitarian crisis began that has impacted the lives of millions.

As part of a comprehensive effort to support students impacted by the war in Ukraine, the University of Chicago announced in March that it would provide full-tuition scholarships for prospective undergraduate students affected by the invasion.

Affected students who were admitted to the University prior to the invasion saw their lives disrupted, too, and a College-wide effort enabled students to begin studying on campus ahead of Autumn Quarter.

Incoming first-year students Illia and Yaroslav, who both grew up in eastern Ukraine, took UChicago classes this summer. They discussed growing up in Ukraine, their respective journeys to America, and what they are looking forward to at UChicago.

This story was first published by UChicago News.