Not so long ago, Jose Heredia wasn’t sure where – or even if – he would be able to go to college. Now, he’s an undisputed pro, guiding hundreds of students through the college admissions process.

Heredia is a recent University of Chicago graduate, where he was part of the Neighborhood Schools Program. He is now is a member of the University of Chicago College Advising Corps, an innovative partnership launched in 2017, that puts advisers in 10 local high schools on Chicago’s South and West Sides. Their mission: To assist with the college admission process, increasing access for low-income and under-represented students.

As a first-generation college-goer himself, the Athens, Georgia native understands the uphill climb at Thomas Kelly High School, where he is currently assigned. It’s a high school similar to his own – under-resourced, predominately students of color, with many families of mixed socioeconomic or immigration status.

“There is an apprehension that exists in our community, so I need to develop trust with our students and parents,” said the 23-year-old. “Once I explain something like the FAFSA [Free Application for Federal Student Aid]...and explain how it will be used and how it will benefit their kids, then most people will provide it. I try to frame it as ‘Here’s another way to give your kids an opportunity.’”

Typically, the advisers meet one-on-one with seniors, making sure their students are on track with everything from SAT/ACT testing to campus visits. Additionally, the advisers undergo five weeks of rigorous training from experts in college admissions and tour public and private institutions throughout Illinois.

At Kelly, one of the larger high schools, Heredia meets with about 400 students – and not everyone is college-bound. He could just as likely be supporting a senior who is considering the military or seeking an apprenticeship – one aspect that makes the University of Chicago’s program unique.

“It’s a lot of work, but it also allows me to draw upon a wide range of situations and prepares me for a population with diverse needs,” he said.

The results are impressive. Since the program’s inception, the UChicago CAC have counseled an estimated 4,200 seniors who have submitted 21,000 college applications, received more than 9,000 acceptances and have been awarded more than $140 million in aid and scholarships.

For Heredia, the most satisfying part of the job isn’t in the numbers, but in the relationships he’s made – which is why he’s considering higher education for his own career path.

If he could leave his students with three traits, they would be: confidence to pursue their goals, self-advocacy and pride. Wherever you come from, “Be proud, because it’s what makes you who you are.” 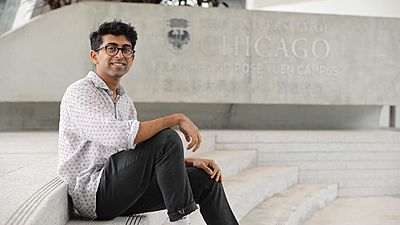 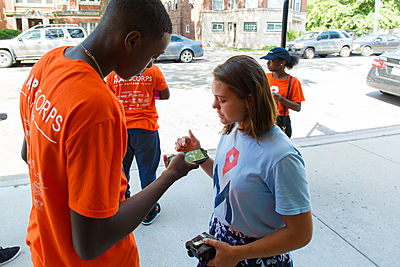